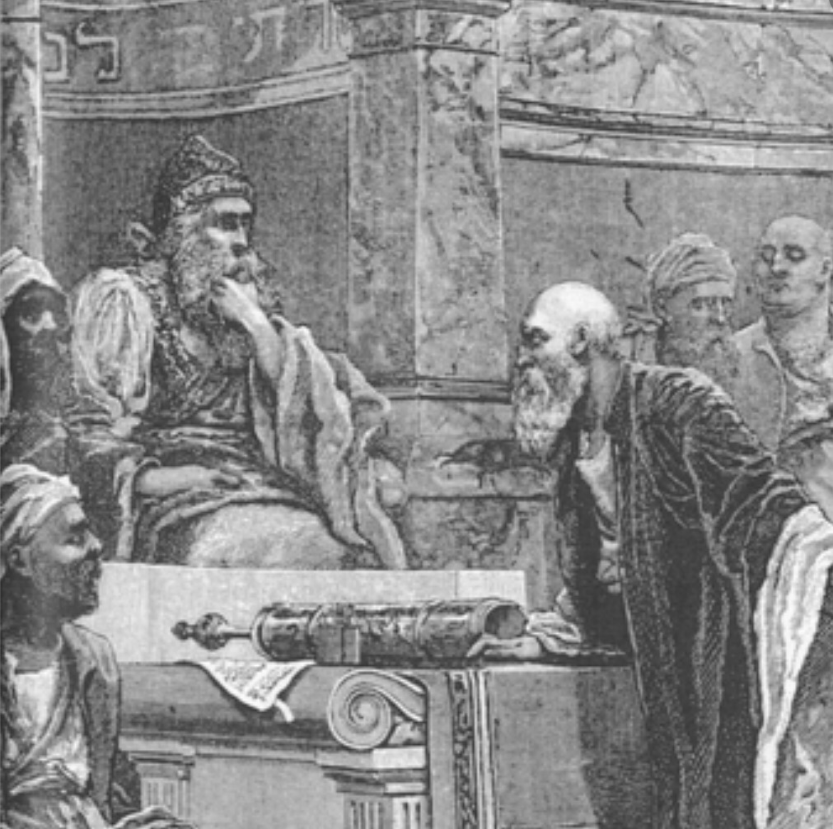 Acts 22:3 (HCSB)
“I am a Jewish man, born in Tarsus of Cilicia but brought up in this city at the feet of Gamaliel and educated according to the strict view of our patriarchal law.”

After being interrogated by a Roman commander and then given permission to address an angry Jewish crowd (A riot had developed as a result of the Apostle Paul’s last visit to the temple complex in Jerusalem because he had been recognized by Jews from Asia who had previously seen him with Trophimus the Ephesian in the city. The Jews now had supposed that Paul had brought Trophimus, a gentile, with him into the temple complex… defiling it.), Paul then identified and defended himself by including his tenure as a student of Gamaliel (Acts 21:26-22:3).

Gamaliel was the most prominent rabbi of his day. He belonged to the Pharisaic minority of the Sanhedrin and he had a considerable influence within the Jewish authority (Acts 5:34). In other words, being a student of Gamaliel was prestigious. It carried a tremendous weight of respect. Luke, the author of the book of Acts, recorded a monologue which Gamaliel had made approximately 20 years earlier, which should give the Christian encouragement…

When the Great Commission was in its infancy the Sadducees had been filled with jealousy, because the apostles had gained the confidence and the praise of many people due to the miraculous healings which took place; both physically and spiritually through their hands. The sick were even laid out in the streets with the hope that Peter’s shadow would possibly pass over them, distinguishing their ailments. The Sanhedrin would then put together a plot to have them arrested and jailed. But, an angel of the Lord freed them from the jail, and also ordered them to return to the temple to preach the Gospel. Upon doing so, the High Priest, the Sanhedrin, and the full Senate of the sons of Israel were then told what was happening. They then ordered the temple police to round up the apostles for further interrogation. After being bound and then brought before them, ordering them to stop proselytizing the crowds, Peter and the apostles then told the Senate that they must “Obey God rather than men.” The temple authority was enraged and wanted them dead. (Acts 5:12-34)

Then, Gamaliel stepped in…

Acts 5:34-42 (HCSB)
“A Pharisee named Gamaliel, a teacher of the law who was respected by all the people, stood up in the Sanhedrin and ordered the men to be taken outside for a little while. He said to them, “Men of Israel, be careful about what you’re going to do to these men. Not long ago Theudas rose up, claiming to be somebody, and a group of about 400 men rallied to him. He was killed, and all his partisans were dispersed and came to nothing. After this man, Judas the Galilean rose up in the days of the census and attracted a following. That man also perished, and all his partisans were scattered. And now, I tell you, stay away from these men and leave them alone. For if this plan or this work is of men, it will be overthrown; but if it is of God, you will not be able to overthrow them. You may even be found fighting against God.” So they were persuaded by him. After they called in the apostles and had them flogged, they ordered them not to speak in the name of Jesus and released them. Then they went out from the presence of the Sanhedrin, rejoicing that they were counted worthy to be dishonored on behalf of the Name. Every day in the temple complex, and in various homes, they continued teaching and proclaiming the good news that Jesus is the Messiah.”

Almost 2,000 years later, it has not yet been overthrown…

Jude 1:24-25 (HCSB)
“Now to Him who is able to protect you from stumbling and to make you stand in the presence of His glory, blameless and with great joy, to the only God our Savior, through Jesus Christ our Lord, be glory, majesty, power, and authority before all time, now and forever. Amen.”